The “Daj Się Poznać 2016” (in polish: Get Noticed 2016) competition have finally come to an end. Multiple finalists shared their summaries before The Final Gala. I decided to do this after the event. This post summarises whole event in a short manner.

My project - The Console

The Console have proved something even before the whole competition began, since in the end of 2015 I prototyped the Proof of Concept version:

This youtube video is crappy since I bought a new microphone back then and trained speaking for about 4 hours. However, it shows the look of POC.

Current version is aimed more on features than looks: 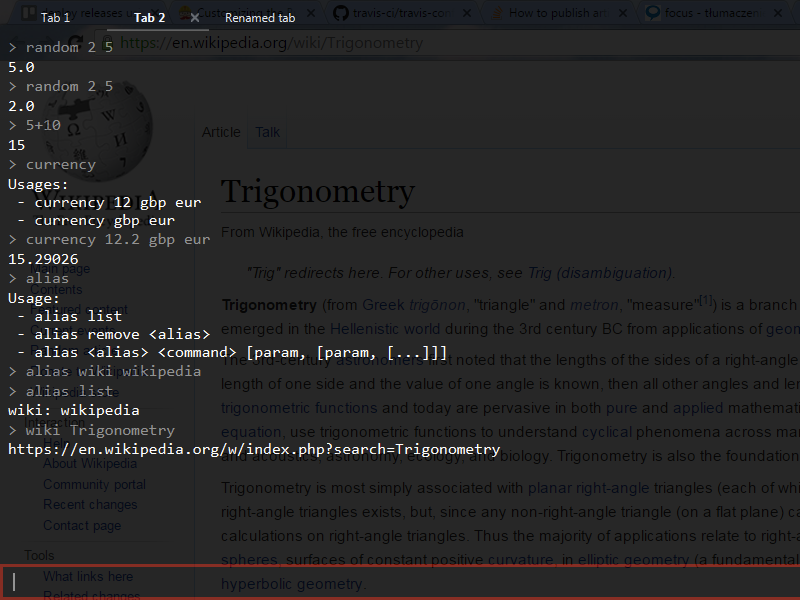 Summary of features can be found on github or in my presentation slides.

Wins everybody who will develop some opensource project and post about it on personal blog 2 times per week for 3 months.

Sounds easy but takes a lot of time after hours and on weekends. What is more, such competition shows instantiation of a real passion. Congratz to those who succeeded to manage their time and other difficulties.

The event and me

The Final Gala happened in Microsoft’s office in Warsaw. There have been 17 speakers total, where 2 of them were developers from SoftwareHut and mBank. 15 other performances where done by finalists.

I was 13th of 15 - performed in the end of the day which resulted in a lot smaller audience. And hard tech stuff after 8 hours of presentations seems to be like a brain stopper.

The slides can be found here:

The gala was wonderful. I’ve met cool people, seen great presentations and felt pretty comfortable between devs. The guy who organized and patronized this event - Maciej Aniserowicz - also expressed himself and seemed to be contented.

Stats are overall cool, however counting commits can result in praying for a bigger number. I always try to keep consistency and meaning of changes on repository, instead of increasing the count.

Number of posts? Who cares but 24 was much too much for 3 months.

I would rather try to estimate hours spent on the project. This is actually the value that shows the effort. But we won’t ever find out about that, really, since I didn’t note that wonderful time. Just look at my posts about the project, you’ll see some results of research, work and experiments. Some. And some of them will fade away with as memories do.

It’s not my first blog, so blogging twice a week for 3 months didn’t actually build a grit for new things in this area, however it strenghtened the desire to share more often.

There wasn’t much feedback about The Console which was half of the goal of my presentation (the other half was showing myself). Therefore, I don’t plan huge features at present, since it was planned long ago to go after new things - maybe kind of business and stuff, however, as always, as a software developer.

Few months after whole thing I had an occassion to present myself on local meetup, the 2nd meeting ever of this group. I talked about the competition, The Gala and participants and my project. I also gave some advices about blogging.

As of the end of 2016, Rzeszów is a city where dev community is still in it’s infancy. On the first rg-dev meeting we had the main organizer of competition - Maciej Aniserowicz. He told us few words about Community-driven self-development. I hope this will be helpful to keep this community growing.